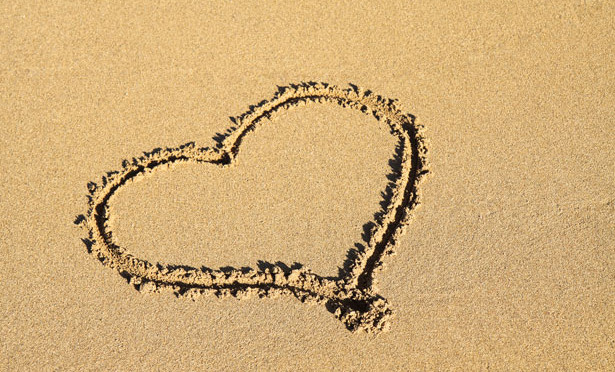 It is obvious that our parents have an almost inconceivable effect on our development as human beings, and most of us can accept that. Whether you vote the way your parents do or reject that completely, you’re reacting to how you were brought up; the conversations, the assumptions, the influences. And when someone has had a tragic or abusive childhood, we can envisage why that might have messed them up. We can see that impact because it’s in popular culture, in TV and paperbacks in WH Smith with pictures of sad children on the cover. But more and more (and more) I am realising the impact that familial relationships have, not just on our development as a human being but on the very way we form relationships. However conscious we are about our decision making, most of us don’t realise the extent to which we are recreating patterns in our personal lives.

Does this sound a little self-helpy? I can see that. It’s probably symptomatic of the sort of literature that I read and the sorts of things I’ve always been interested in that this rings so true with me. The people I’m interested in (in a literary sense) are often cerebral types, often recovering addicts, people who have had a lot of therapy. I also like Jillian Michaels, the trainer from The Biggest Loser, who is- I think it’s fair to say- not a particularly cerebral type. But she is a person who understands the destructive nature of her relationship with her father growing up, and how that makes her react, in a very real way, to authority figures in her own life. When the people I’m interested in kept saying the same thing in many different ways, it slowly started to dawn on me that it made sense.

The problem is that because we live our own experiences and our perception is our reality. It is often very hard to see that it might be worth questioning the conclusions we’re drawing. I’ve been racking my brains for an example that isn’t vague, or boring. Of course when you have an interaction with someone and they appear preoccupied we can read that as them being rude, or having something on their mind, or interpret ourselves as boring or not worthy of their attention. But without a specific example, it’s all a bit blah. So I’ll give you mine.

In my early twenties I was almost always in a relationship and I assumed it would never be that difficult to find another. A little further into my twenties, I found myself single and working in the City, and it was suddenly much harder to meet someone. It wasn’t hard to meet people in general but it was sure as shit extremely hard to meet anybody worth spending any time with. That obviously excludes the unbelievable friends I made  there and continue to be close to: they’re gorgeous. The harder I tried the further away what I wanted seemed to be, like trying to catch a fish in your hands. I’d have dates, and second dates, and sometimes more, just to have the person disappear. Any time I got comfortable, that person would ghost on me, so of course I went into every relationship being scared that would happen. “We all have those fears!”, I hear you cry, and of course we do. But until I was in a relationship that felt like a team, where I felt secure, I couldn’t see how utterly terrified I had been in the early stages of the relationship that it would all crumble. It was a pathological fear, a physical feeling that M would leave me. I put it down to the ghosting morons. Now, 798 high-brow podcasts later, I am struck by the truth of the realisation I had a couple of months ago: my fear that the person I love will reject me is as a direct reaction to my fear that love would be withdrawn as a child.

I’m not going to criticise or blame, that’s not the point. I just feel more free and more calm realising that love felt conditional in my childhood and  that it’s had an impact. I also had a lot of unconditional love and continue to have that, and that is nourishing and has made me a lot of who I am. I just also deeply feel that love can be withdrawn.

Look, I don’t think having a critical parent with their own issues qualifies me to write a misery memoir called Why won’t you love me? My point isn’t self-pity, my point is that I have reflected on this one small element of what affects the dynamics of my relationship and it feels very true and runs very deep, and holy shit where does that leave us all? We’re screwed, doomed to repeat patterns that we don’t even recognise! I suppose some people can identify some of the many fibres that form the whole, to a greater or lesser degree. But even just taking a second to think about your opinion or emotion or irritation or resentment, taking a moment to hold it up to the light and to think about the years that went into it, the assumptions and pain, well I think that might be worth it. Holding up Not Going to Prezzo and examining it, maybe I’ll find that it turns to dust. Don’t get me started on Ways I Need To Be Shown I’m Loved. I’m trying, OK?