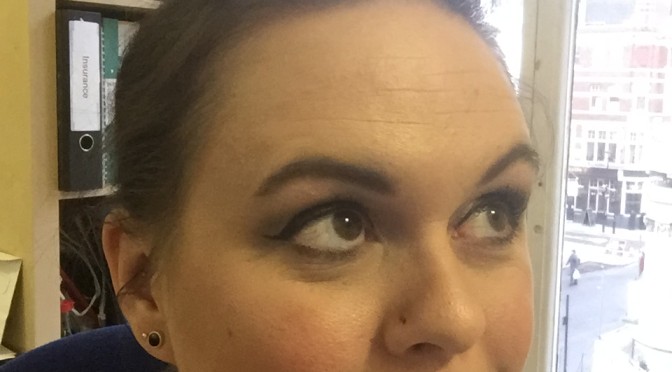 It’s hard to admit your flaws. I don’t mean the ones about our weight or being terrible with money, or all the other little things we might jokingly mention but we’re secretly paranoid about. I don’t mean the things that we will readily offer up, I mean the uncomfortable flaws. The ones that really suck. The ones that make us wonder if we could ever make a scary mistake.

Nobody who has ever spent more than about 20 minutes with me could ever doubt that I’m an emotional person. I hide it with work stuff so that’s a possible exception,  but even then that’s only in formal situations. A wise woman once told me that the closer you can be to your true self at work, the happier you’ll be, and the truth of this is demonstrable in my own life so I don’t pretend to be a robot. But I do try and apply logic to my feelings, and when I have a (negative) emotional response to another person I do some work to unpick it and work out why I may have had that response. We all feel things that we shouldn’t act on. My issue is not acting on one particular emotional response, and that’s anger. Not anger at people I love, when I will do the work that I just described and try to work out whether my response is fair and- probably more to the point- appropriate to the situation. My impulse control is tested when the anger is directed at strangers.

This is a really hard thing to describe because I think it makes me sound like a horrible, horrible person. And I am ashamed of my reactions when I feel that sharp flash of anger. It’s genuine shame that I feel. So often, the anger I feel is because a person- quite often on public transport- is not acting with the care, attention, and consideration that I think they should and that I consider myself to be exhibiting. It’s a theme in my emotional life that I can feel that other people aren’t trying as hard as I am, but I realise it’s unreasonable to feel that way with my loved ones because a) don’t ask people to be grateful for things you’ve done that they didn’t ask for; and b) you have no way of knowing how much effort someone is making! They might be making a hundred tiny decisions in your best interest every day and you wouldn’t know.

So how does this anger manifest itself? Physically. How awful it is: the shame I feel at typing that sentence. How is it any different an emotional response to somebody who beats their partner when they feel aggrieved? It’s different because the scale is different but I realised recently that it has to stop. I got on a tube, tipsy, and interpreted someone as being in the way as we tried to board the train. And I pushed his backpack. It was a shove, really. And I immediately apologised and he was angry and swearing about me the entire journey and that was my punishment. But it could have been so, so much worse. It could essentially have been picking a fight with a man on the tube. And even more than that, it upset my mother (who I had been trying to protect) and M (who would have felt that he had to protect me) and it’s just not fucking good enough. I have to be better than that. And believe me, this is only the occasion that sticks in my mind as being very recent and pretty grim, there are plenty more.

I’ve known since my first serious relationship that I have a quick temper. That boyfriend brought it up all the time, until I had to accept it was the truth. And I know that it is a small, dirty flare signalling that there’s some anger inside me that hasn’t been taken care of. I know it’s sad inner child stuff but I have the manifestation of that under control a lot of times. It’s these silly infractions that I react like a pressure cooker to; stepping on my foot, hitting me with your bag, walking diagonally across a busy road. These are not things to give a shit about. In the world we live in, they could probably be let go.

So, I have been consciously watching myself. I have been seeing when I react; recognising the signs. And by being conscious of every angry tut, every time I want to kick the foot of the person who’s crushed my toes, I get better at diffusing myself. The regularity of those reactions means I’m already taking the sting out. And by writing it down I am facing up to the work I have to do, and I am putting it out there so I can’t pretend that it’s a one-off, a silly drunk reaction, nothing to worry about.  I’m taking responsibility for my sharp, white anger and I am refusing to be defined by it. I hope.