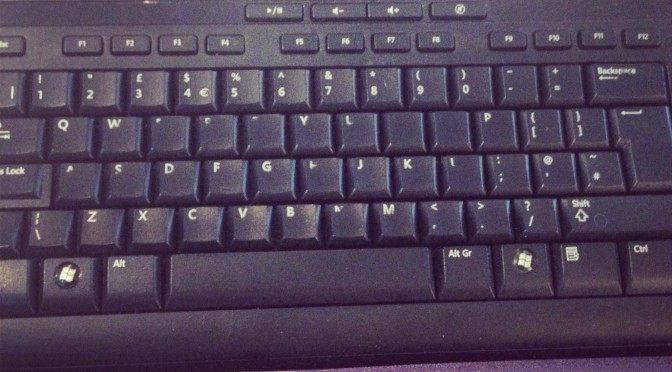 It’s no exaggeration to say that her email made me shiver. I walked out to buy some lunch afterwards, mainly because I wanted to walk somewhere, and I obviously couldn’t think of anything except what she’s going through. I wanted to smoke a lot of cigarettes and drink; not something comforting, like wine, but something that hurts as it goes down. I felt angry, and sad, and lucky, and really tired.

The friend is a person I’ve known a long time but have probably only seen once in the last ten years. I won’t say any more than that but we’ve known each other on and off for a long time. I’ll call her H. H read an article I’d written for an Essex-centred website, which I’ll link to elsewhere, that was sort of snarky, sort of political, and dealt with issues of class, via Jamie Oliver. She told me that I was able to give a voice to a group, and that she admired that. And then she said there was something she’d like to discuss with me, and ‘see my slant on it’. And then she emailed me about domestic violence.

This is something I’ve been thinking about a lot lately; it’s on my mind in general and it’s always been a subject I’ve been drawn to, for various reasons. But high-profile stories like those of Janay Rice and Christy Mack put this firmly back in front of me, and prompt a cultural dialogue that gives me hope but is also utterly depressing. The fact is, this happens too often for you not to know, not to work with, not be related to, women going through this right now. Living with violence and in fear every day.

H played down her own abuse to begin with, framing the email in terms of witnessing an episode that looked like abuse and asking why, in quite a small community, nobody seemed to care. H sees this woman on a regular basis, and she bears all the hallmarks of someone beaten down by life. It’s quite characteristically female to play down your own worries and fears until you’ve justified them by declaring that it happens to other people, it’s not that you’re trying to get help for yourself.

H wants us to write together, and she’s now started to be more open about the history of her relationship. She doesn’t give herself permission to define it as ‘high-level’ domestic violence but it sounds as if she knows now, finally, that it is. I think the floodgates have opened, and I don’t even know whether we will end up writing together; I think our voices could be distinct and complementary, but maybe now she just needs a friend? Hearing her describe how people she has confided in have given suggestions then disappeared is almost as fucking awful as reading descriptions of the control, the rages, and the injury. It lends itself to the hyperbolic but I’m trying to avoid that: it’s scary enough without excess adjectives. The photos of the damage after a rage make me feel sick and then I feel really guilty that I have reacted that way. What right do I have to feel uncomfortable?

You think you know how you would react to violence in the home. I have always told myself how I would react, and there would be no forgiveness; and I know that the truth is that I tell myself that, repeat it, reconfirm it, because I have to believe it. When I’m strong, I do believe it, but when I’m feeling weak, or less than, or I look at M’s face and feel the love I have for him as something physical, I wonder.